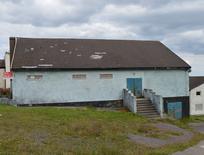 Gender equality as an issue is in the news at the moment and with the speech by Emma Watson on the 21st September 2014 to the UN highlighting feminism as being more than an issue for just women, it reopens the question of how gender equality can/should be approached by both sexes. Traditional roles of male and female need to be questioned as well as gender identity  for trans men and women, gay, bisexual, lesbian, questioning, queer, asexual and intersex. What does gender mean to people who exist within other labels?

Flying Diplodocus presents: I Breathe ;Directed by Paul Evans. A one woman show performed by Amelia Cavallo with her own original music. It is about her life, the things she feels and quite honestly a couple of things that bug her about how people treat ‘blindys’ or behave when walking down the street. It is approx. 20 min’s long with live music, voice and aerial performances. Available for festivals and events throughout 2016.

Circus-Theatre Research Labs: A series of labs to investigate the potentials of circus movement without the pressure of producing an end product. The aim is to investigate practice that is most appropriate for circus and that can lead circus into the next evolution of possibility.